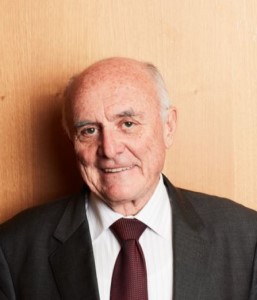 2021 was a very significant year, and it saw Mental Health Victoria playing a significant role in helping to guide the journey of reform as implementation of the Royal Commission's 74 recommendations got underway.

MHV has worked throughout this first period of implementation with the sector and with our partners to help and inform and shape the Victorian Government response.

Ensuring that the vision of the Royal Commission informs the reform process is critical.

Transformation of an entrenched system must go beyond implementation of the recommendations in any kind of mechanical way alone. The Commissioners themselves noted that the work must be iterative and centre on a process of continuous learning and feedback, with the voices of those with lived experience and living experience informing every aspect of the process.

That Mental Health Victoria continues to build upon its relationships across the mental health system and sector is both a unique point of difference for MHV and a key resource in the transformation of Victoria. If we are to realise the vision lying behind the recommendations of the Royal Commission, Mental Health Victoria must be supported as it brings to the table the voices and expertise of consumers, carers, families, and the service providers, clinicians, support workers, government and departmental staff. MHV is ideally placed to play the role of host and facilitator of this necessary conversation, to inform the deep systemic change that's required if we are to realise our shared hopes.

MHV’s membership is of course now much broader than other state or national mental health peak bodies, and that's been noticed by governments – who are more used to dealing with diverse and differing groups of stakeholders rather than one working towards a shared goal.

A great diversity in organisations and interests have worked together in the safe and neutral collaborative space created by MHV.

Working together, MHV contributed significantly to there being a Royal Commission and then to it being implemented, with a financial commitment by the Victorian government of $3.8 billion over four years to kickstart a 10-year reform process. There's also been a very significant contribution to spending on accommodation for the mentally ill as part of the big housing build of the Victorian Government.

While we should be rightly optimistic about the longer-term outlook, getting there is challenging. Implementation is now the big thing, the big challenge, and we must play our part and keep a close eye on those immediately charged with the responsibility of implementing it. The next five years will continue to be marked by increasing national and international uncertainty. I can see how the world might go into recession, that war may continue, other bad things may happen. They'll not be good for mental health, and they will create yet greater needs for work in the mental health sector – and indeed, the impact of COVID-19 has not yet abated.

We are working closely with the sector, the Department and the Government to address the issues that we see as current, and as emerging in this somewhat uncertain future. We're interested in the need for new models of commissioning that reduce the likelihood of perverse outcomes. The need for alternate models to that of competitive tendering is paramount if we are to realise services that are truly centred on the needs of consumers, clients, carers, and family. (I can tell you as a competition-minded person, that the competitive models have been set up in mental health aren't particularly fit for purpose. Competition? Yes, but the right kind of competition.)

There’s a need for new models of service, design, and delivery that centre on the actual experience of people with lived experience, a need for support for service providers and their teams to adopt new models to ensure that access to care and quality of service are not lost through the transformation period. There's also a need for more integrated models of those services funded by state and Commonwealth governments, so that people are not lost in the system.

As the State Government proceeds, it's important that it, and we, learn from the lessons along the way.

We welcome the commencement of six new Local Mental Health and Wellbeing services. It provides an opportunity to find out what will work well as the Government looks to commission more services.

But it must also be said that governments don't have a great track record when it comes to reform implementation. So we, as a sector, need to ensure that implementation is done well.

The reforms can't be done without making some significant changes to the structure and culture of the system.

The Royal Commission outlined a vision for strong community mental health services close to where people live. It's worth noting that people with serious mental health conditions spend an hour a week (if they're lucky; if not, per month) with an expert psychiatrist or psychologist getting services, but they spend the rest of their lives – the other 167 hours a week – living in the community. Services need to recognise and adapt to try to help with that part of their life, for them to build a life where they can build friendships, have something to do, have accommodation and find work as well as housing.

I am pleased about the Government's commitment to implementing the reforms, but we must keep an eye on how it's done. I’m a little bit disappointed with the Commonwealth. I didn't think it stepped up to the scheme, the opportunity; and the other states are also not moving that much.

Incidentally, mental health is not some after thought of the NDIS. It's been in there from the start in 2008, when the Commonwealth set up its first reporting committee, the Disability Investment Group they put me on it for the sole reason that mental health was to be included. It's always been in the system.

There are some criticisms of the NDIS  but I want to emphasise the fact that right now, after a lot of work, the NDIS is taking major steps to improve its approach to psychosocial disability, to make it much more harmonious with the way we're used to seeing mental illness treated. This is just the wrong time to dump it when it is on the verge of making major improvements.

There is also a criticism NDIS is wasting money. I don't believe that happens. The people in it, as I said, are at the serious end. They need every bit of help they can get. Take one thing I'm associated with: the Haven Foundation. The spending there is extremely productive. There's been independent evaluations, by Monash and Latrobe, showing that the NDIS has helped transform the lives of the people covered by it. Quantitatively it has greatly reduced the number of hospital visits that they have to make, and also has kept a number of them from homelessness.

So I, on the whole, believe the NDIS has generally been doing good things for mental health and it would be a catastrophe to remove it from the scheme.

I want to just cover a couple of other points in my remaining three or four minutes.

We know that there’s a problem with the reform agenda, a challenge in that it generates competition – which can be good, but there's a bit of a risk of a reversion to a ‘winner takes all’ approach from some, particularly regarding commissioning.

I think we need to remember that collaborative efforts have brought us to this point and partnerships and consortia are the preferred models for new service delivery.

Well, those of you who are unlikely enough to be interested in my speeches when I was with the ACCC, I also said for the most part we welcome collaboration between competitors on industry causes. We just don't like price-fixing, the occasional predatory pricing.

I won’t dwell too much on the pandemic effects, because they're well known but they have left quite a few challenges behind them. But it's been inspirational seeing how the mental health sector has responded to those challenges, and I’m pleased Mental Health Victoria has worked with the Government to secure an additional $22 million in out-of-budget funding to support recovery, including through the statewide deployment of pop-up services and funding for Aboriginal Community-Controlled Organisations and LGBTIQ+ community-controlled organisations.

I just want to wrap up by saying that we are now in the implementation stage. It is a very challenging one. It's not easy and we have to keep making sure that there are new voices at the table: that consumers, carers get their voices heard and acted on.

The Royal Commission and the Productivity Commission emphasised the biggest challenge is the so-called ‘Missing Middle’ – the bit in between primary, and the hospitals and emergency. There's a big gap there and we need to make major efforts to get that sector working well. Now, that's not to downplay the importance of the clinical side or the primary side, and you remember that Royal Commission itself recommended more spending was needed on clinical matters, on beds as well as on matters other than clinical matters. But the establishment and expansion of the missing middle is a far-reaching change, a far-reaching challenge with implications for how it’s done, who’s involved, and appropriate balanced partnerships.

A community-led mental health service was at the heart of the reforms recommended by the final report, and for this we need a community mental health sector that is robust and secure. It needs the recognition and investment in it that it needs to be able to deliver on that crucial reform. Central to that is the need for employee security. Community mental health practitioners need to have secure contracts for longer periods of time that don’t leave them wondering where the next gig is coming from, whether it's from this sector or whether they switch to another sector, and also for how long it's going to last.

When the Royal Commission Final Report was created, it was created with much enthusiasm and goodwill and with much hope. Some people who felt sidelined or ignored or forgotten, or had traumatic experiences with the system, got a real lift.

The Royal Commission developed a vision. I’ll let you in on something: it's easier to develop a vision than to implement it. I believe the vision reflects a good consensus within the sector, but it's now the challenges that lie ahead for us.

I hope we can come up new and better ways of working together and understand the culture and the change processes that are so important to the future.

I want to commend all of you, because I know everyone is working really hard in this sector over the past year. I wish you you all very well for the holiday season and I hope some of you can get some well-earned rest so that you're ready for the opportunities that 2023 presents.

Thank you very much. 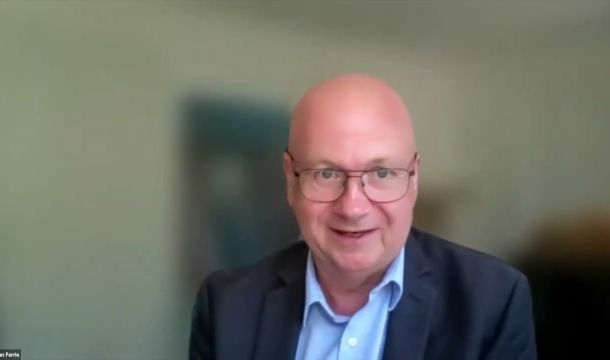 29 November 2022
This speech was presented to the Mental Health Victoria Annual General Meeting 2022 by Board Chair, Damian Ferrie.
Read more 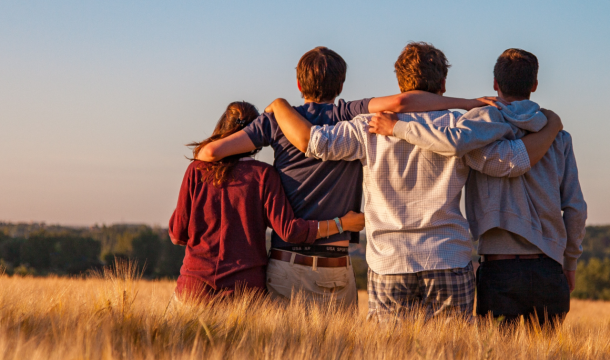